Prince lucky quarter pounding was my second attempt this year to make a video with this sexy New Jersey black Beefcake. A few weeks ago he left me waiting for him, I was devastated LOL, but I understand that sometimes the Beefcakes have complicated lives, especially if they have complicated girlfriends like the one Prince has…lol

Now a days Prince is working on the weekends so he sneaked out for a couple of hours to make it up for us. He knows that he has a lot of fans, so he saved us a weeks’ load and with his naughty smile sent some greetings to you guys promising a good performance next to his lucky quarter Lol.

I had him start by touching himself, he got very hard but it took forever taking off his pants, that I had to ask him to do it. Then he continued rubbing his cock to the point that it got rock hard, and this time it was me who took forever to jump into the action. He seemed surprised and at the same time eager to get serviced that he asked me if I was ready, wow again, that was music to my ears. But I didn’t go so quickly to his cock, I played a bit with it when still under his sexy underwear, I could even tell that Beefcake Prince was more relaxed than on previous occasions, he wanted it bad…. Lol

While on my fours Prince got anxious to start pounding me, not gentle at all introduces his BBC in my tight pussy ass, ouch! At first but then it was a nice sensation feeling his bigger than average cock head getting in and out of me. It was a long pounding in doggy position, sorry for the ones expecting other positions, but Prince wants to do doggy only. I don’t mind at all as long as he visits my back door now and then.

Having him back lying on the bed I finished him with my mouth and hands, and as he promised, he gave us a thick creamy load, that tasted like heaven, I continued sucking him a bit more, I knew he was still sensitive. It was great to have Prince again in Beefcakehunter Land, enjoy this Prince lucky quarter pounding video guys! 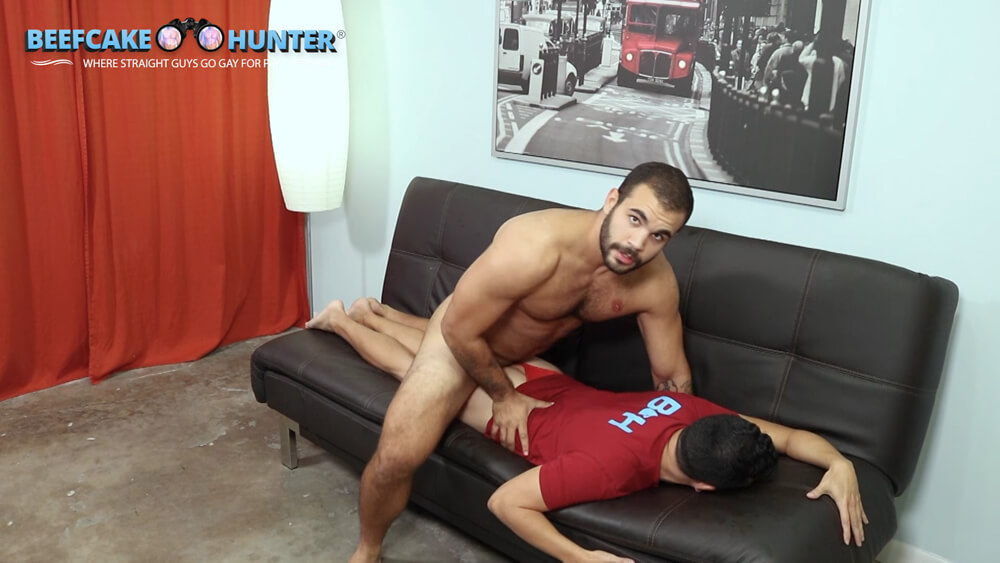 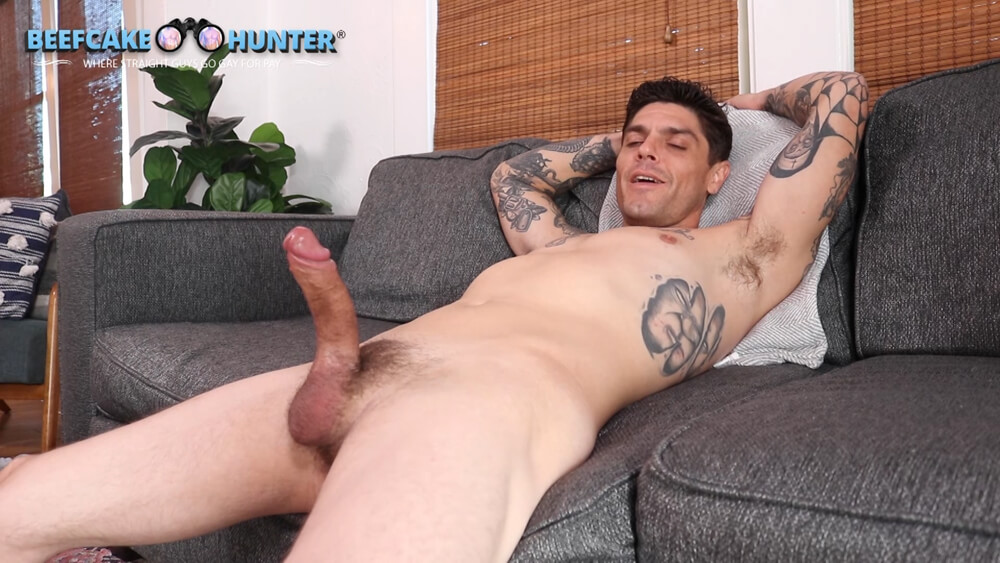 Certified eight and a half inches of straight cock
Plumber 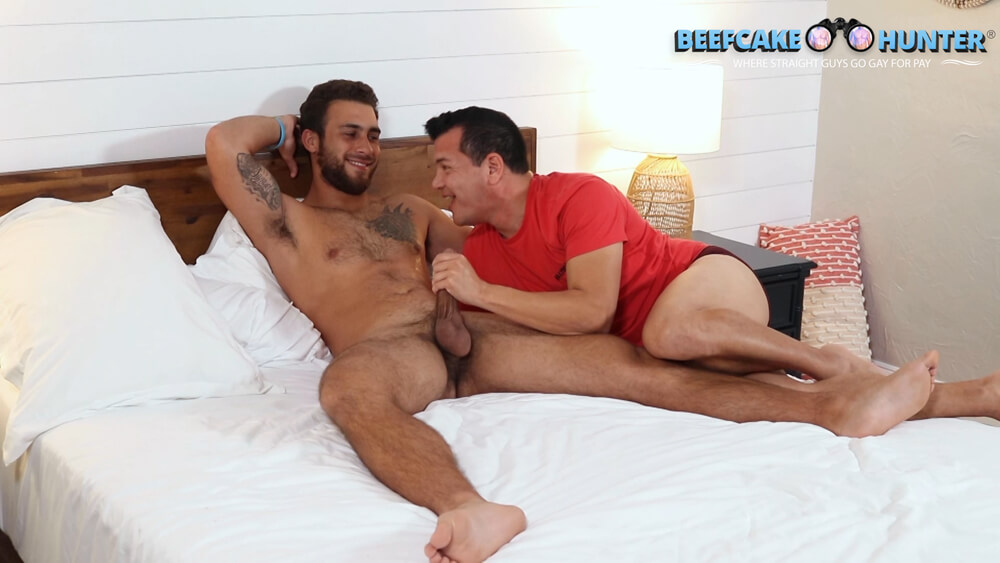 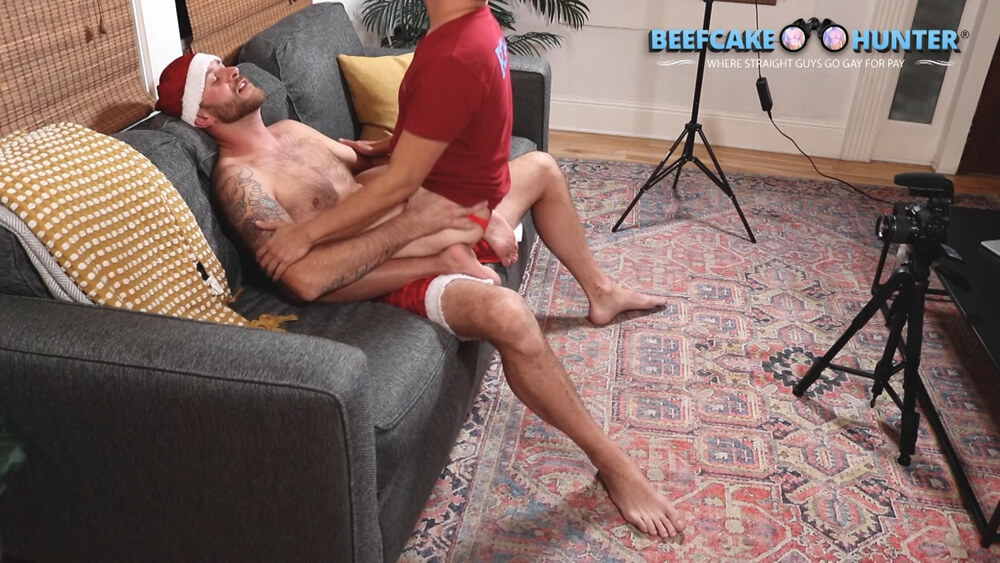 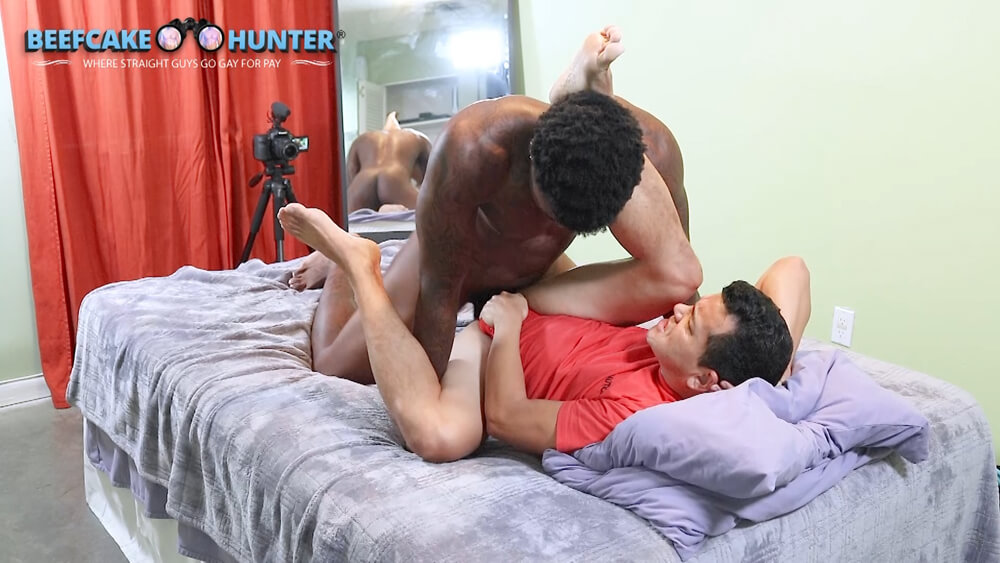