Hard to believe based on his first performance at BeefCakeHunter Land but here it is: Gerard first time fucking man pussy video!

I won’t say that there has been much change on his attitude but hey, at least he is trying, and of course I don’t mind giving him more chances. I really LOVE his BBC, his amazing body, his masculinity and that sexy smile 😉

It seems that Gerard is so easy going, so much he is also very distracted. He doesn’t really take this gig at BCH too seriously. For example, at the beginning of his striping session he wasn’t supposed to take his cock out so quickly, and he did. Even caught his eyes wondering the studio at some points lol, but the most crucial thing that he did not comply to, to be ready for this Gerard first time fucking man pussy was that he didn’t save his load for such special occasion! 😉

What happened? Well, he rented a room in a house to stay for a few days, and it happens that the other room was rented by two girls, and guess what? He hooked up with one of them the night before showing up to my studio.

No wonder it was a challenge to get him into the zone at first, but once that beautiful cock was ready, you could hear me moaning from having that delicatessen in my mouth. He seems to get more into the zone when I was on my fours taking his BBC, his movements are so sexy, I can just imagine how he would be fucking a real pussy or when he is more trained at the BCH arena!

Even there while pounding me, he lost concentration a couple of times but that gave me the perfect excuse to touch his body and kiss his nipples, his reaction was mixed! 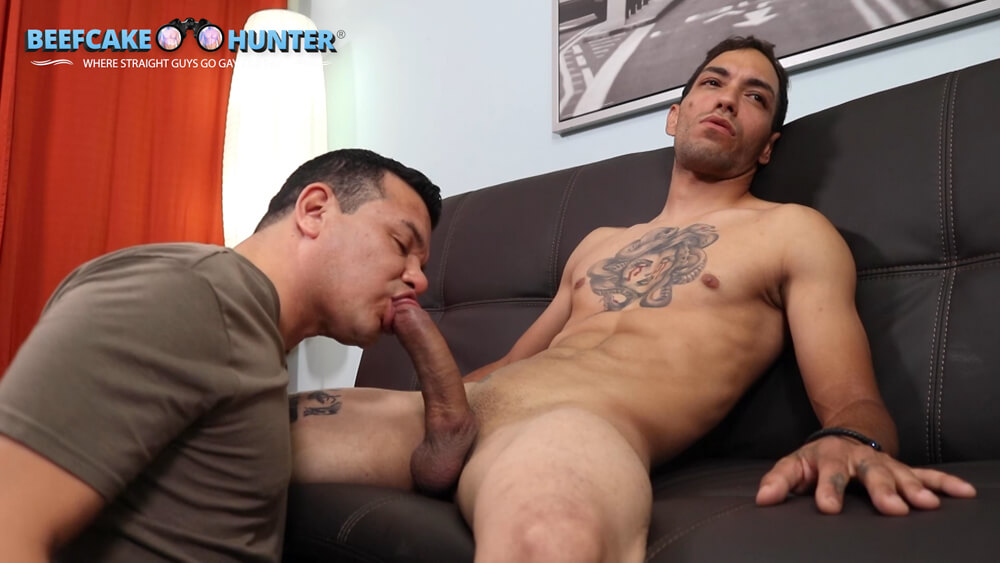